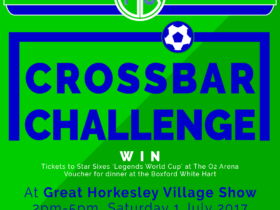 ‘Girls just wanna have fun!’, as the song goes, so where better than with JBFC Girls Football Coaching in Colchester?

We are keen for our ‘Only Girls Allowed’ club to return, to provide girls football coaching in Colchester.

As always with JBFC, it’s all about playing and learning the game in a fun, friendly and pressure-free environment. So it’s a great opportunity for parents to allow their daughters to have a go and get involved in the Beautiful Game.

If your daughter is keen to get into football, let us know in the form below and if we have enough interest we’ll relaunch our girls only football coaching sessions in Colchester…

JBFC kids football coaching in Colchester is focused on giving children their first taste of football in a fun, friendly and pressure-free environment. We are proud that more than 200 children have come through the JBFC Saturday Club doors, with many now competing in league football for numerous teams around Colchester, including our very own JBFC Development teams.

Launched in 2013, JBFC’s aim is to offer kids football coaching in Colchester and the surrounding around for boys and girls from the age of four and up.