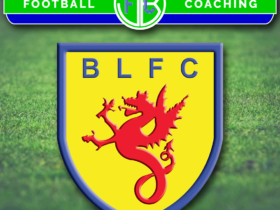 Replacement of a defective ball

If the ball bursts or becomes defective during the course of a match, the match is stopped. • The match is restarted by dropping the replacement ball at the place where the original ball became defective, unless play was stopped inside the penalty area, in which case one of the referees drops the replacement ball on the penalty area line at the point nearest to where the original ball was located when play was stopped • The match is restarted by retaking the kick if the ball bursts or becomes defective while a direct free kick without a wall, a kick from the second penalty mark or a kick from the penalty mark is being taken and does not touch the goalposts, the crossbar or a player and no infringement is committed
If the ball bursts or becomes defective while not in play (at a kick-off, goal clearance, corner kick, dropped ball, free kick, penalty kick or ball inbound): • the match is restarted in accordance with the Futsal Laws of the Game
The ball may not be changed during the match without the authority of the referees.

In addition to the requirements of Law 2, acceptance of a ball for use in matches played in an official competition organised under the auspices of FIFA or the confederations is conditional upon the ball bearing one of the following:

Such a logo on a ball indicates that it has been tested officially and found to be in compliance with specific technical requirements, different for each logo and additional to the minimum specifications stipulated in Law 2.

The list of the additional requirements specific to each of the respective logos must be approved by the International F.A. Board. The institutes conducting the tests are subject to the approval of FIFA.

Member association competitions may also require the use of balls bearing any one of these three logos.