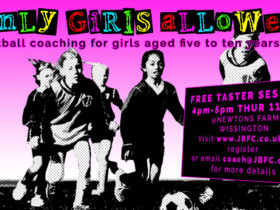 Ten venues will play host to games at Euro 2016 – four in the north of France and six in the south. The Final will be played at the Stade de France on Sunday 10 July.

Here’s our brief guide to each of the Euro 2016 Venues to be used this summer, including the fixtures to look out for at each stadium.

Stade de Bordeaux cost 180 million euros to build and officially opened on 23 May 2015 as Bordeaux beat Montpellier 2-1. Uruguayan striker Diego Rolan scored the first ever goal in the stadium during the League 1 clash. The venue then hosted its first international match last September when France beat Serbia 2-1 in a friendly.

Stade Bollaert-Delelis has undergone a number of facelifts since it was first opened in 1934, most notably for the 1984 Euros, when it staged two games, then for the World Cup in 1998 when it played host to six matches. Darren Anderton and David Beckham – his first England goal – were on target for Glenn Hoddle’s side in Lens when they won 2-0 in their final group match against Colombia.

Work on building a new stadium in Lille began in 2010 and after two years and around 300 million euros, it officially opened with a league match between Lille and Nancy, which ended 1-1. Renamed in 2013 as ‘Stade Pierre Mauroy’ following the death of the former mayor of Lille and prime minister of France, the stadium boasts a retractable roof which can be opened or closed in half an hour.

Stade Velodrome was initially built for the 1938 World Cup and was brought up to date ahead of the 1984 Euros. It was almost completely rebuilt for the 1998 World Cup, increasing capacity to around 60,000. It hosted seven matches in the Finals, including England’s 2-0 opening victory against Tunisia.

After France was awarded Euro 2016 progress finally begun on a new stadium for Nice to replace the old Stade du Ray. In August 2011 construction started and it was officially opened on 22 September 2013 with a league match between Nice and Valenciennes, the home side running out 4-0 winners.

The current Parc des Princes in south-west Paris opened in June 1972 on the site of two previous stadiums, which were essentially cycling velodromes and the finishing point for the Tour de France. England have played here three times overall losing on each occasion, twice against France in 1963 and 1984, and most recently against Brazil in 1997. However, despite their 1-0 loss to the Samba Boys, Glenn Hoddle’s side lifted Le Tournoi de France trophy.

Built north of Paris city centre in the Saint-Denis area, originally for the 1998 World Cup, it is the only stadium to have hosted both the football and rugby union World Cup finals. England have played here twice against France, drawing 1-1 with the then European Champions in September 2000, but lost in 2008 to Franck Ribery’s penalty in what was David Beckham’s 100th appearance for his country.

Stade Geoffroy Guichard was initially selected only as a reserve venue but due to the expanded format of Euro 2016 it was drafted in for four matches and capacity was increased from 35,600 to 42,000. It hosted matches at Euro ’84 and the 1998 World Cup, including England’s last-16 penalty loss to Argentina.

Stadium de Toulouse was built on an island in the river Garonne for the 1938 World Cup and was sometimes called “Mini-Wembley” due to its resemblance to England’s home. It was not used at Euro ’84 but was revamped for France ’98, hosting six games – including England’s group-stage defeat to Romania.