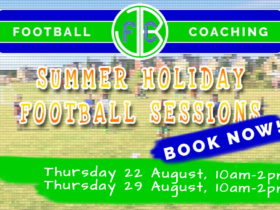 If you are keen to get involved in The FA UEFA B Coaching Licence, or have recently enrolled, explained here are the different types of UEFA B practice definitions you can expect to use on the course…

After reading these UEFA B Practice Definitions, if you’d like to find out more about how to enrol on the UEFA B Coaching Course, click here for our helpful guide.