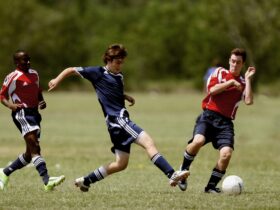 When will grassroots football return?

The England 100-club will soon have a new member.

Wayne Rooney was just 17 years old when he made his senior debut as a substitute at Upton Park and became the Three Lions’ youngest ever player, breaking a 124-year record.

Eleven-and-a-half years on, the 29-year-old is set reach his century earlier than any of the eight players before him, while he also narrows his sights on Sir Bobby Charlton’s long-standing goals record.

On Saturday, shortly after leading England out for their final home game of the year, Charlton will present a golden cap to the Manchester United man to commemorate reaching his century.

However, such is the man, there is still only one thing that would make Rooney believe his England career is a success.

“I could sit here saying I’ve got 200 caps and 100 goals for my country, but the ultimate is to win a trophy and that’s what we all want to do.

“That’s why we play football, to win. That’s the target and hopefully sometime soon we can achieve that.”

After the disappointing World Cup in Brazil and the international retirement of Steven Gerrard, he was named Roy Hodgson’s new captain at this start of this campaign.

And Rooney says he’s determined to take the positives from the summer forward with a new, young England squad.

“The thing that I’ve taken away from Brazil is the hurt at getting knocked out – it was hard to take. But we have to move on, we know what a good squad we have – it’s a relatively young group.

“We all believe in each other, we believe in the ability we’ve got and we have to go and prove that as a team.”

He added: “To get 100 caps for England, there’s not many players who have done it – would be a great achievement.

“I’ll be proud to join that club and is something that myself and my family would be honoured by.

“The highlight for me is that feeling you get after you’ve sung the national anthem – you run off and hear the crowd, particularly in the big games and the tournaments – you hear the support and you know what it means to the fans and the country.

“I have that hunger to do well, I always want to do well I don’t feel I have to prove myself to anyone.

“I’m sure everyone can see I’m passionate about playing for England and as much as anyone I want us to do well.”